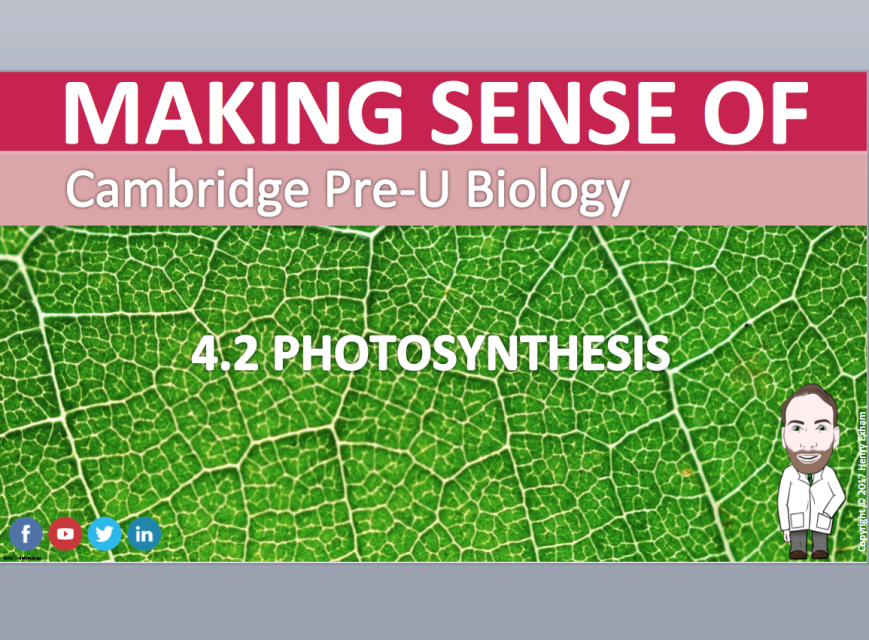 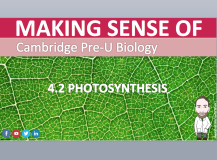 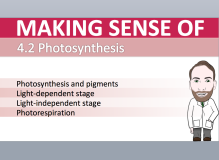 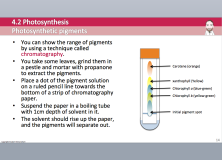 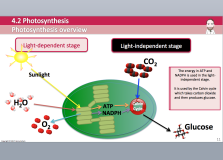 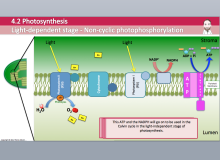 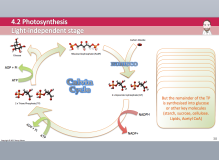 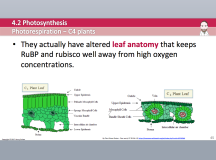 a)     Explain the relationship between the light-dependent and light-independent stages of photosynthesis within the chloroplast of a C3 plant.

b)     Describe the use of chromatography to identify key photosynthetic pigments (limited to chlorophylls a and b, carotene and xanthophyll) and interpret

c)      Explain the distribution of photosynthetic pigments and their function inside the C3 chloroplast.

d)     Explain that electrons may gain energy from sunlight and that this energy may be used to do work.

e)     Explain the production of ATP and reduced NADP during the light-dependent stage (including roles of photosystems I  and II , electron transport chain, generation of proton gradient, cyclic and noncyclic photophosphorylation).

f)      Discuss the importance of the enzyme rubisco and its vulnerability to competitive inhibition by oxygen during photorespiration.

g)     Outline the impact of high light intensities and temperatures on the rate of photorespiration.

h)     Explain, in outline, how C4 plants reduce the impact of photorespiration by isolating the light-independent stages from the oxygen in the air limited to the means used to produce spatial separation. (Biochemical details of the C4 pathway are not required.)